Your reward is that YOU are happy 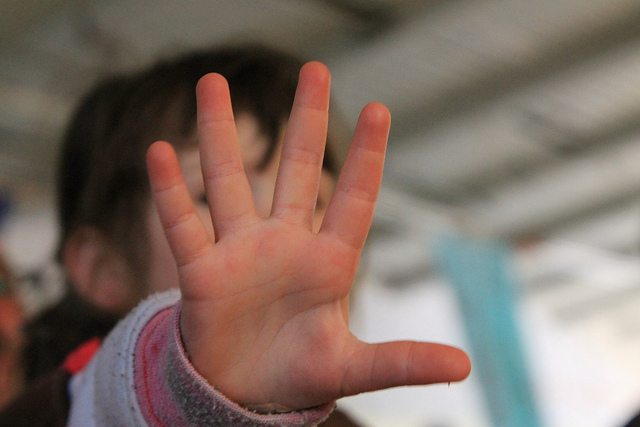 The infamous book by Adam Mansbach “Go the F*** to Sleep” has the lines:

The cats nestle close to their kittens,
The lambs have laid down with the sheep.
You are cozy and warm in your bed, my dear.
Please go the f*** to sleep.

There’s a reason this book resonates with so many parents.  Sometimes getting your child to sleep can be a trial, mistrial, and re-trial unto itself.  This is not a blog post about sleep techniques.  I know I’ve tried a bunch of them.  Sometimes they just don’t seem to work.  Over time,  my 6 year-old son has certainly grown out of many things - and mostly gets to bed well.  When he doesn’t, it’s usually due to artful delay tactics or not enough exercise.

About a month ago, my son seemed to be going through something else.  When I would go out at night, he would totally melt down.  An hour of crying, constant check-ins by his dad (the hubs). I did everything in my power to set him up.

Nothing seemed to work.  After one particularly bad time, he informed me that he had “snotted” his pillow so much he’d had to turn it over, so he could drench the other side, and then he needed a towel.  When I asked him why he was so upset, he didn’t seem to know.  None of us could figure it out.  We had lots of time together, things at school were going well, but somehow, my going out (once a week) totally unhinged him.  At one point,  my husband figured out that if he promised our son could watch Dinotrux in the morning, he would calm down and sleep.  That seemed to help a lot but not completely.

One evening, I had a babysitter stay after I had put my son to bed.  While I considered not telling him I was going out, I decided honesty was the best policy.  I’m not sure what magical combination of words worked, but he went down fine and gave the babysitter no grief.

The next evening, I told him how awesome it was that he had gone to bed so easily.  He turned to me and said, “What’s my reward?”  I thought for a moment and responded, “Your reward is that I’m happy.” That was it.  I didn’t want to reward his behavior every time with a video or sweet treat, but I did want him to know his behavior had an impact.

And then I realized it ran deeper than that.  “And,” I added, “your reward is that YOU are happy.  It’s so much easier on YOU when you go to sleep right away, and you’re not so upset.”  He contemplated this.  “It’s okay if you cry,” I said.  “I just know it’s really hard on you when you get so worked up.”  I didn’t want to demonize his tears or shame him, but I also wanted to see how much we can contribute to our own suffering.

And he seemed to get it.  Since then, we haven’t had such teary nights.  It’s not to say he still isn’t training to be a lawyer with razor-sharp negotiation techniques, but at least for that moment, he got that he has some control over how he feels. And that is golden.