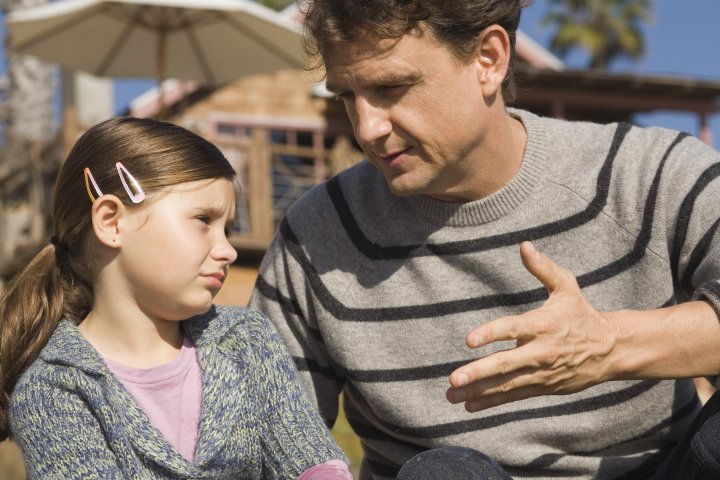 Listen to the adults.

Does that even work?  I was walking down the streets of Berkeley when I overheard another parent talking to her child.  “Listen to the adults,” she said.  “Do what they say.”  Her child murmured something that sounded like agreement, but it got me thinking about how much I wasn’t in agreement with that statement.


I mean, first, did that parent actually think it would make a difference?  Second, was it simply a veiled threat?  Third, was it a new thing the parent was trying on?


Would it make a difference?  This question stuck with me for a long time.  In my opinion, no.  If the child hasn’t learned to respect her parents, doesn’t listen to them, doesn’t listen to teachers or other adults, then did this parent actually think these words would change a single thing?  Highly doubtful.  I thought about the number of parents who said that to their kids when they were dropped off at my house.  Would they listen?  I always reassured the parents their kids would.  I was usually somewhat cavalier about it.  I mean, it wasn’t that I was the grand poobah descending from upon high; therefore, the kid would suddenly listen to me, moi. It was simply that the kid would either listen or not.  And that depended on how she was being raised. I usually have found that when the kid gets that I respect her, she listens.  I listen to her; she listens to me.


Were the words a veiled threat?  For some parents, it’s clear that it is.  And here is the issue: you issue a veiled threat, make the kid scared, annoyed, indifferent, whatever, and then drop them off at my house and wave good-bye.  Thanks.  I now have your irritated kid in my house.  Or maybe he’ll worry that I’m going to tell his parents something so that makes him wary of me.  Or perhaps he’ll hide things that have happened because he’s scared I’ll tell his parents.  Awesome.  That’s some stellar parenting right there.


Lastly, was it a new thing the parent was trying on?  A new disciplinary lesson?  A new phase the kid was going through.  You’re going to test out this new technique right before you dump the kid on my doorstep? And then what?  Hope for the best?  Doesn’t that seem a trifle poorly planned? Perhaps they might want to let me in on the new plan of attack, so I can be in support.


In any case, if your kid doesn’t know how to behave before you drop her off, it’s highly unlikely she’s going to catch a case of good behavior right at the moment you drop her off.  If anything, it makes me nervous.  And sort of annoyed.  And I can tell you that I’m definitely a better parent when I’m relaxed.