The Problem with Men Saying #Metoo 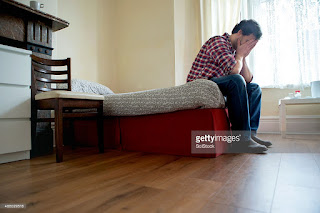 Originally published on The Good Men Project on October 24, 2017

The roots of sexual assault are deep and complicated.

This was my male friend’s post on Sunday, October 15, 2017.  It was met with support, belief, more conversation. He was lucky. Not all male victims of sexual assault have received such support.  I witnessed men being shut down, told to go elsewhere, told their timing, their message wasn’t the right moment or place.  It has been painful to see these posts (all of the #metoo posts, in fact), but overall, I’ve come to understand #metoo is simple and complicated, tangled up in a history of sexism, desire for solidarity, and pernicious silencing.  And perhaps, it is simply a Gordian knot, forever tied, but I have to hope there is something better out there for all of us: men, women, and everyone on the gender spectrum.

I get it, though.  I understand why women don’t necessarily want men to be part of such a vulnerable and volatile space. For some women, men make the space less safe, and frankly, they have good reason.

In short, men are more apt to interrupt women than women are to interrupt men.  In this 1975 study researchers followed conversations between men and women, documenting interruptions. Guess who won?  Men.  And, in this more recent study (less rigorous, but still significant), Kieran Snyder found men interrupted women three times more often than they interrupted men. It is no wonder then that some women simply don’t want men to be in the same space and especially the vulnerable space of sharing experiences of harassment and assault.

In a study done by Yale called “Can an Angry Woman Get Ahead?” it was systematically proven that men who participated in the study “conferred a lower status on angry female professionals than angry male professionals.” The same holds true in another study carried out by Arizona State University.  Women became less  influential when they used anger in an argument; men became more.

With this in mind, it is totally understandable that women would want an uninterrupted man-free zone to express vulnerability and anger.  The question remains: is there space in that movement for male victims of sexual assault?

Yes.  It is possible.  I have witnessed people be infinitely more accepting of a man sharing in #metoo when he added his own experience in solidarity.  Instead of calling out his gender, desiring to change the meme, or calling attention to himself, he added his history. He didn’t interrupt the shares by women.  He didn’t co-opt the space.  He didn’t judge any woman.  He didn’t wave a flag announcing his presence.  He joined in - as the personal story above - with a heart-rending experience.

For many people, myself included, this occurred as a movement of solidarity.   Like the man above, other men have finally found a place where they can share their experiences, be part of something (unfortunately) greater than him.  And this is beyond gender.

Still, the terrain is rocky.

The Silence Paradox
Men sharing #metoo doesn’t always work; herein is the paradox.  On the one hand, there is no paradox, just evidence and the lack of evidence. Statistically, one in six boys will be sexually abused before the age of eighteen. One in sixteen men are sexually abused on a college campus (same source). Rape is massively underreported as approximately 63% of assaults aren’t reported to police. Statistics relating to the number of men who report rape are scant.  This lone source from 1982 claims 90-95% of men don’t report rape. However, in 2013, the National Crime Victimization Survey (NCVS) surveyed 40,000 households about rape and sexual assault, finding 38% of incidents were committed against men.

Male victim rape and sexual assault is clearly neglected and under-reported, so #metoo gave some men a safe space and enough momentum to share their experiences.  The paradox is this: if women experienced #metoo as a safe space, free from the interruption and judgment, then some of them - rightfully - didn’t want perceived male intrusion.  Given the lack of information, shaming, and beliefs towards men vis-a-vis sexual violence (not as affected by rape, cannot be raped, must have enjoyed it, etc.), it becomes exponentially more difficult for men to speak out.

Male victims are told not to speak out in a women’s space (#metoo) because of historical sexism, but they should continue to speak up for women and women assault victims.  They experience monumental hurdles speaking about their experiences in the first place and are then shamed by speaking up.

Where does that leave us?  With the following: this is a volatile complicated space.  Understanding the layers is pivotal to healing.  This means:
Do your inner work.  Get support.  Find a way to safely tell your story. Call RAINN after sexual assault.  Find a local group or therapist to help you work through the layers.
Listen and then listen again.  To men.  To women.  To any gender.  False accusations comprise 5.9% of all sexual assaults, so believe the person who is telling you what happened. Find a person who believes you.
Eliminate sexist language from your speech.  Call others out who use it.
Call others out who denigrate men who have been sexually assaulted. Add to that women, trans-people, any person.
Talk to younger men in your life about consent.
Make a plan of action about how you can support gender equality, stop violence (sexual and otherwise) against all genders.

This is not a finite list, and how could it be? The roots of sexual assault are too deep and complicated to cover everything.  After all, the first codified punishment for rape was circa 1780 BC in the Code of Hammurabi.  In it, a father could claim property damage against the man who raped his virgin daughter.  You can already see the problematic nature of sexual assault, and this was just through the written word.  The list above is the beginning of a journey to support one another through what so many of us have experienced. Simply put, the problem with #metoo isn’t men.  The problem is #metoo simply isn’t vast enough to hold all of our trauma.